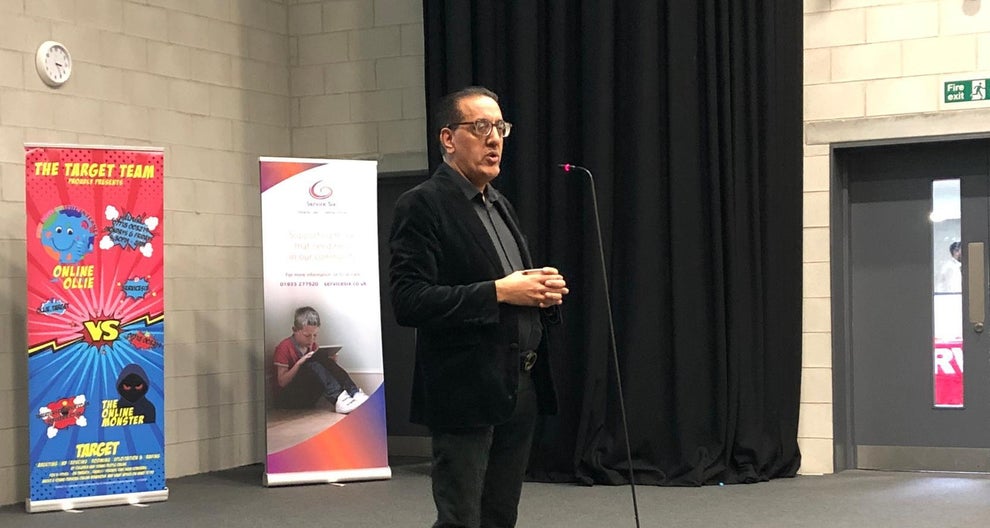 "As patron of Service Six
I would like to see them move to become
the foremost charity in this field"
Nazir Afzal, OBE

Everyone here at Service Six is incredibly proud to officially announce our first Patron, Nazir Afzal OBE. Nazir was a guest speaker at our third annual TARGET Conference in March 2020 and we feel extremely honoured that he excepted the role as our Patron.

“I am delighted to be the first Patron of Service Six, who over the last 40 years have helped and continue to support children, young people their families and communities in the East Midlands. Despite the challenging times we face, they rely on donations and grants to work really hard to equip our children and young people to be protected and skilled to be able to deal with the hard challenges they face in the community and society”.

Nazir’s amazing 24-year career has seen him as the Chief Crown Prosecutor for NW England and Director of London. He was also the Chief Executive of the country’s police and crime commission. Over the years he has been awarded numerous titles and accolades and is recognised as one of the most influential legal personalities of Britain. Nazir has prosecuted many high-profile cases, including the so-called Rochdale grooming gang, (the acclaimed BBC film “Three Girls” was based on his case). He is also an acclaimed author, national advisor, tutor and leader in legal matters such as child sexual abuse, honour-based violence, violence against women and girls, and gender-based violence. Nazir is also an Honorary fellow at two universities and holds Honorary Doctorates at a further three. He is in high demand and travels the world chairing many international conferences.

"As Patron of Service Six, I would like to see them move to become the foremost charity in this field, not just in the East Midlands but the country and to be recognised as such. This way they can help more children, more young people and more families to be safe”.

Nazir’s involvement with local communities, the considerable time and attention he gives to charity work and his immense knowledge and drive for child protection, makes us incredibly proud and appreciative to have him support Service Six.

We very much look forward to the future and thank Nazir for his wonderful support.

To find out more about his amazing career visit Nazir's official website.

Afzal is best known for tackling cases involving violence against women and the sexual exploitation of children.