Andrea is currently working as an Interim Operations Director/Programme manager after spending twenty-two years in the Financial Service Sector, where she was latterly Head of Card Operations at Barclaycard, and eight years in the Academic Publishing sector as Customer Services Director for Oxford University Press.

Andrea has worked with a number of blue-chip companies and in a variety of roles in the Financial Services, Publishing and Retail sectors as an interim, and has in the past been a school governor. She also undertakes some Lean training on an ad hoc basis and is passionate about process efficiency.

She has a maths degree from Oxford University and began her career as a trainee Chartered Accountant.

Her interests include good food and wine, reading, and cycling and the gym.

She has two grown up children and a fur baby aka Eric the French bulldog. Carole has been involved with Service Six for over 6 years having originally met and collaborated with the former CEO Jane Deamer on the TARGET project. She is passionate about protecting children and preventing harm. Carole is currently Vice Chair of the Trustees Board and is looking forward to retiring from the Police next year and being able to devote more time to Service Six.

Dudley spent his career in teaching at secondary level. He worked in Rhodesia (Zimbabwe) as a volunteer and then in Ethiopia as well as in the UK. He spent a year in the US in Concord NH on an exchange programme.

He was a magistrate for 28 years and is currently Chairman of the Nene Educational Trust of seven schools and a Trustee of Northamptonshire Music and Performing Arts Trust.

Jenny is retired and moved to Northamptonshire in 2012 from South Wales, joining Service Six as a Trustee in 2013.

Jenny spent much of her career in the NHS at Board level; she has also worked in the private and third sector. Her final NHS Board appointment was as a Non Executive Director speaking for the Third Sector and advising the NHS Trust on the contribution to be made by voluntary organisations, and ensuring the development of partnership service planning and delivery.

Jenny established and chaired a successful branch of the Alzheimer’s Society in Merthyr Tydfil, introducing new services and securing Local Authority and other grant funding to employ staff and recruit volunteers.

Asmita is currently employed as a Service Manager at Kettering General Hospital NHS Trust and has over five years experience in NHS acute hospitals, community healthcare and commissioning. She previously worked in the London Ambulance Service NHS Trust as a Business Manager within Specialist Assets Team.

She is delighted to have joined the board of Service Six in her first Trustee role.

Karen recently retired after a 36-year career teaching physical education within Northamptonshire and Bedfordshire, where for many years she had a lead role in Welfare and Safeguarding and has experience of being a school governor.

This is Karen's first role as a trustee, but has previously worked alongside Service Six staff, and is delighted to be able to provide support to the charity.

Karen is extremely keen on sport, both participating and as a spectator, especially in respect of swimming where she has performed the role of welfare officer for a number of years. 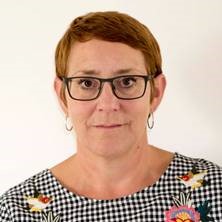 She is a mum to five children one of which accessed Service Six’s support when she was having a hard time at secondary school. She wanted to become a trustee in order to be able to support a local charity that has not only helped her family but supports lots of the children and young people she sees in her role and that live and go school in her local area and further afield.

She has been a trustee of her local preschool before and has also been a vice chair of a local resident’s association. In her spare time she loves working on her allotment and in her garden.

Our Trustees ensure and share ultimate responsibility for governing our charity and directing how it is managed and run.